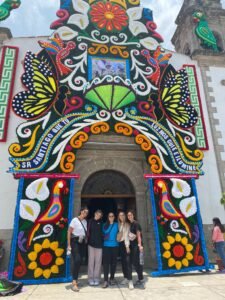 When Abby, a junior at Georgia College studying early childhood education, heard about the opportunity for Atlanta college students to be part of a special subsidized trip to The Jewish Agency’s Project TEN Center in Mexico, she jumped at the chance. The seven-day trip, organized by Hillels of Georgia and sponsored by the Jewish Federation of Greater Atlanta, took place in June 2022.

“Every day was different and jam-packed but so meaningful. It was amazing to meet and work with other Jews from around the world and chat about Judaism and Jewish identity; everyone had such different opinions which was interesting,” shared Abby. “If not for the generous subsidy from the Jewish Federation of Greater Atlanta, I wouldn’t have been able to go so I’m very grateful. It was truly a once-in-a-lifetime experience.”

Project TEN is The Jewish Agency’s service-learning program that promotes social resilience in developing communities around the globe and in Israel. Volunteers are young Jewish adults from all over the world who work alongside locals while engaging in a global dialogue on Jewish identity and values with their peers.

“Project TEN afforded an opportunity to meet young Jewish adults where they are and give them vehicles to pursue their interests through a Jewish lens,” said Seth Greenberg, CEO of ECI Group, Inc. in Atlanta and a member of The Jewish Agency Board of Governors. “Hopefully, the young people who participate in this trip will have stronger ties to their Jewish identities and will be inspired to be involved in our community afterward.”

Thomas, a senior at the University of Georgia studying Political Science and International Affairs, was also excited about the offer to participate in the Atlanta cohort especially given his identity as a Jewish Hispanic-American.

“I learned more on the trip than I ever thought I would,” reflected Thomas. “As someone who is constantly exploring his Jewish identity, this great opportunity allowed me to learn from other Jewish people from around the world and engage in thoughtful discussion and was a perfect chance to explore my own Hispanic identity too.”

Ruth, 30, was born in Casablanca, Morocco, and moved to France at 18, where she went to college. After years of working in Paris, she decided to take a year off to engage in meaningful Jewish travel, which included five months of living in Israel and a month and a half of volunteering with Project TEN in Mexico. She arrived at the TEN center at the same time as the Atlanta delegation; also present were other French volunteers and ones from the UK and Israel.

“I volunteered alongside the Atlanta college student group and we also did some activities together, talking about our hobbies, backgrounds, Jewish identities and Zionism,” Ruth recounted. “I’d met Americans before but it was very interesting to more deeply discuss each others’ practices and beliefs… I was really amazed at how the Atlanta volunteers had such strong Jewish values and it was truly beautiful how we all wanted to help and do Tikkun Olam.”

“It was really special to be at Project TEN with the Atlanta delegation because even though we are from different countries, we had a connection because we all are Jewish, even if sometimes the practices vary,” added Rebecca, 27, another French volunteer from Paris who also volunteered at Project TEN in Mexico at the same time. “And programs like Project TEN are so important because they allow us to make a difference and grow Jewishly as well.” 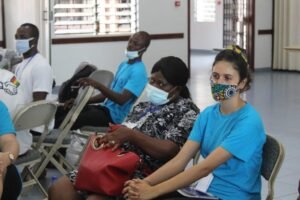 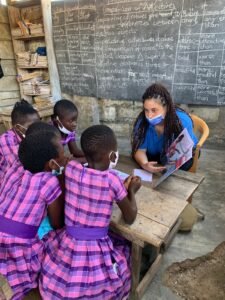 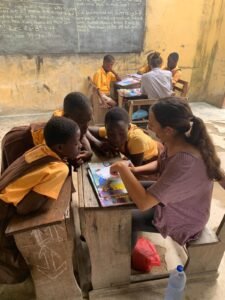 Powered by Project TEN - Be The Change